New Book Announcement, and I Need YOUR Help

I’m pleased to announce that I am going to be writing my first non-fiction book. That’s right: Like I alluded to on David V. Stewart’s stream a few days ago, I am going to pen a book about one of my favorite rock bands of all-time, Rush.

This should come as no surprise to anyone who has read this blog lately. The death of Rush drummer and lyricist Neil Peart in early January affected a lot of us fans more deeply than the death of any celebrity we’ve never met in person, and who doesn’t even know we exist, should.

The purpose of this book, with the working title of Dreamers and Misfits, is to explore what it is about the band that means so much to us fans, and to also offer a, hopefully, comprehensive profile of what a “typical” Rush fan is.

Until fairly recently, Rush was considered a “nerd” band, only liked by nerds and losers who were typically smelly white male dorks who played Dungeons and Dragons and never kissed girls. All the cool kids listened to Elvis Costello or whatever. Plus, the singer totally sounds like a girl. 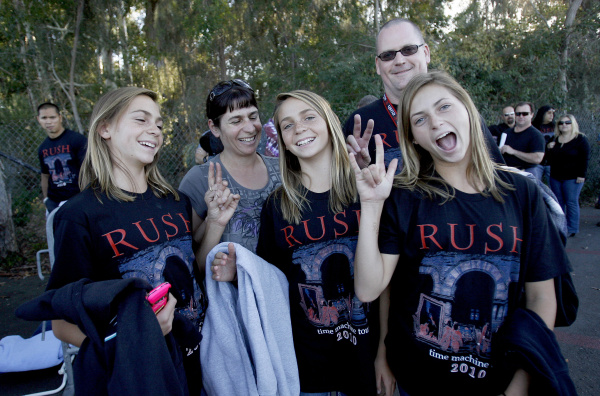 All that is, of course, balderdash, but there are commonalities among a lot of Rush fans: Rush is kind of a “guy” band, lots of Rush fans are into what are considered nerdier pursuits (just like the band was!), and a whole lot are musicians themselves.

More than that, us Rush fans seem to be really into the band. Not just an album or a song here and there, but their entire catalog. Ever been to a Rush concert? Every one is like a party. Though fans have heard the songs a million times before, every time Geddy, Alex, and Neil launched into another song, we’d all freak out: “Ahhh oh my God I can’t believe they’re playing this!” I still get the same feeling listening to one of their live albums.

Anyway, this project is supposed to be fun. Sign up for my mailing list here for the details. What I need from you, the fan, is to answer a survey. I’m not going to post it here because it’s much easier for me to email everyone and get the responses in my inbox.

I’m not starting another mailing list and inbox, because ain’t nobody got time for that. And no, this isn’t just a cheap ploy to get more mailing list subscribers. That’s just a happy side-effect.

This book is going to be a celebration of the band, and the fan. It is not going to be yet another biography of the three Canuck musicians we all love. It’s going to be a biography of you, the Rush fan, playing air drums on your steering wheel during the middle part of “Tom Sawyer,” wailing away like Geddy Lee as you belt out “Freewill,” and getting the chills during the guitar solo of “Limelight.”

This isn’t going to supplant my fiction writing. It’s going to complement it.

Speaking of my fiction, you’ll love my latest The Last Ancestor—classic coming-of-age sword-and-planet crossed with Thundercats, 80s action, and plenty of freaky aliens–as well as my debut A Traitor to Dreams–female-fronted weird-fiction isekai urban fantasy with a talking bird. Help support my work while I get started on this Rush book!